We're half way of 2021 already and it looks like money access is the last problem to have for the Nordic companies looking to grow by selling equity.

We're half way of 2021 already and it looks like money access is the last problem to have for the Nordic companies looking to grow by selling equity.

Data confirms this - in H1 this year, private investors spent 6.6X more than they did in the first half of 2017.

That's 10 billion extra of return on hope (fundamentals too, ok). We've said this before, there's historical high amounts of money raised for buying high growth assets in the private market. That's a direct correlation to the risk appetence.

In terms of the number of transactions, we've been steady at around 600 dealsper half a year: 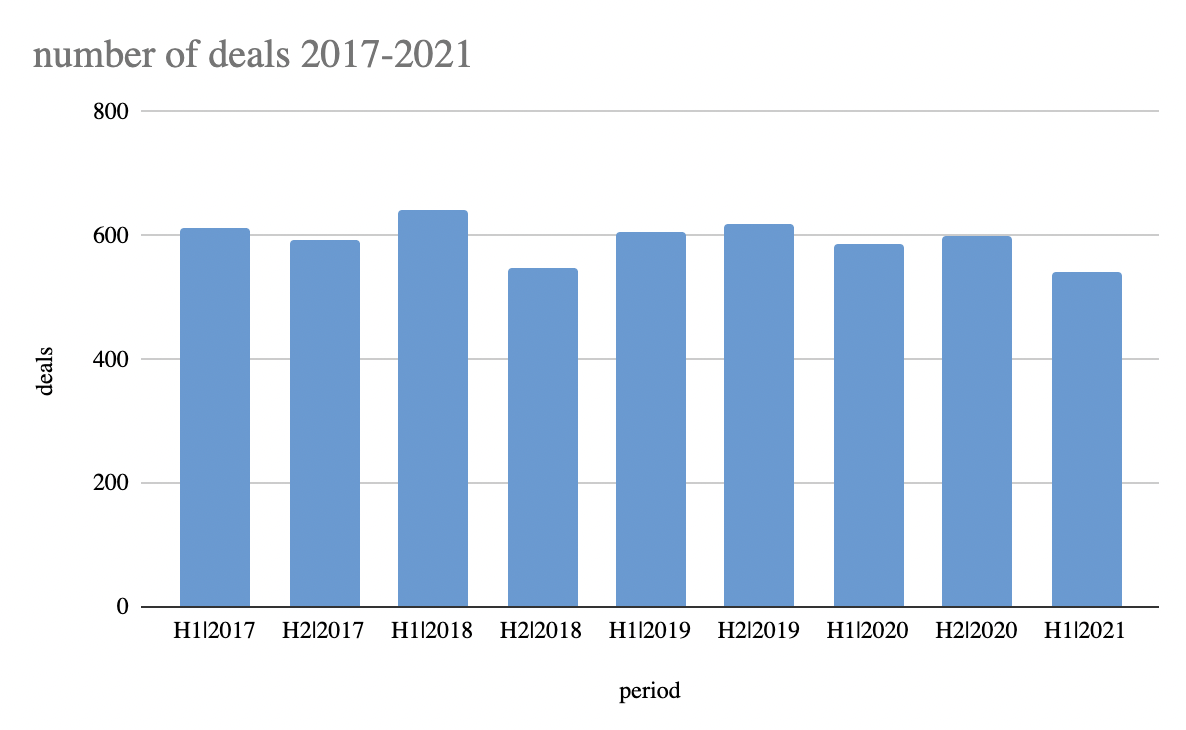 In terms of money deployed though... well, money was spent. 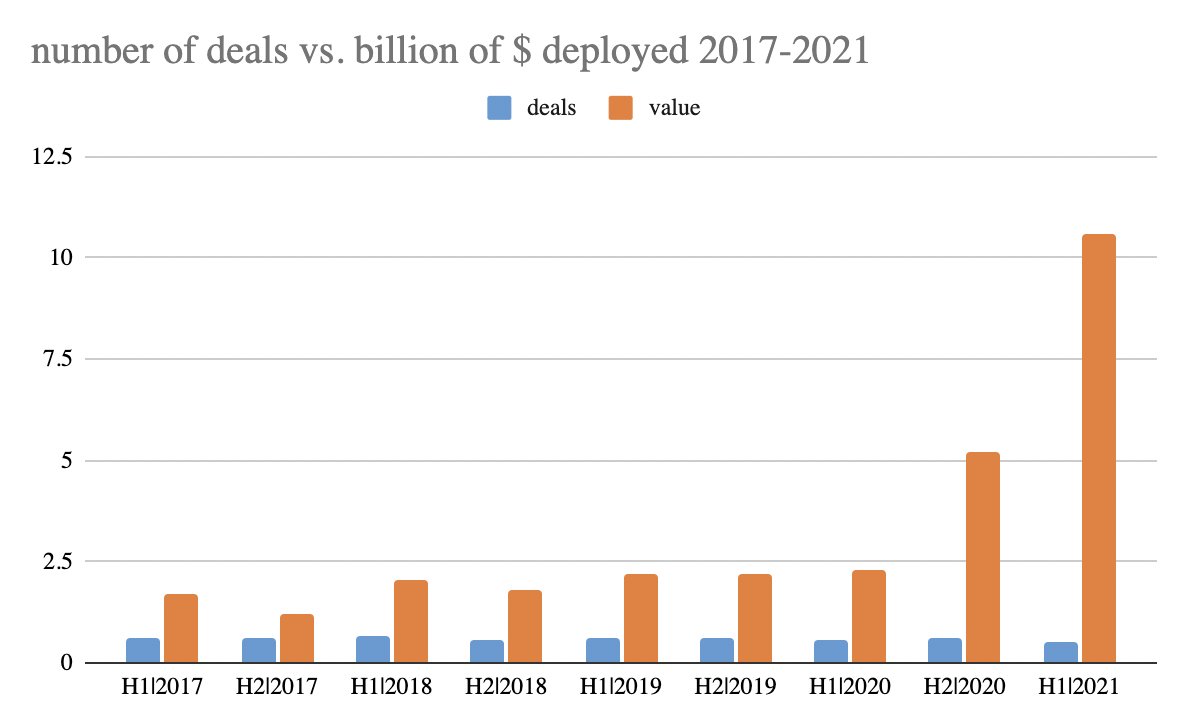 So money is put to work and the number of growth equity deals is up and to the right.

However. Also mentioned in previous intel updates - the number of early stage deals is at a lowest point since 2015. 2015 is the last time when there's been less than 400 transactions under $5 million in a half a year.

The bottom is getting weaker.

Yes, there's the macro aspect: covid and bad economy, more competition, more expensive deals. This week only, for example, we had a $60 million series A announced - see the deal selection from below.

Not least important, founders increasingly position their business outside their home market as they pitch the top worldwide investors right from the start. The local is not local anymore for the more ambitious ones.

But fact of the matter is that the 2020-2021 class of people looking to get funded for building startups is getting smaller.

All the great investors are focused to go in as early as possible, but will there be enough to pick from?

🇸🇪 Northvolt raised $2.75 billion from Swedish pension funds and existing investors - they have $27 billion worth of contracts from key customers.

🇸🇪 Klarna raised $639 million and Softbank joined in the captable. You know why.

🇩🇰 Lenus, operator of a digital B2B platform for health and sport practicians, raised $60 million+ in "series A round".

🇸🇪 Heja, which does SAAS for sports team management, raised $4.2 million from Peak and local investors.

🇳🇴 Oda was involved in a secondary deal with undisclosed investors which traded at a $1.2 billion company valuation.

🇸🇪 Revolution Race, a D2C business selling outdoor apparel, announcedBlackRock as anchor investor as it looks to raise $170M via an IPO on the local stock market.

All the June's Nordic transactions are available here.

🇸🇪 Magnus Rausing, grandson of the Tetra Pack's founder, was part of a $22 million capital raise of a D2C home decor brand op. He is an active investor.

🇸🇪 Philian, an investment vehicle used by H&M's CEO Karl-Johan Persson, led an $11 million round in a British developer of hyper-immersive games in interactive digital pods.

Other investors include Sweet Capital, operated by the King's founders.

🇸🇪 Ulf Zetterberg, founder at Seal Software sold to DocuSign in 2020, investedand joined as co-founder in a Czech software startup backed by Accel.

🇫🇮 Inventure contributed to a $35 million round in a German healthcare SAAS startup.

🇪🇪 Taavet Hinrikus followed on in a Croatian robotics company's series A - he was an early investor.

🇸🇪 EQT Ventures led a €5 million round in a German pre-revenue startup building a financial app for Generation Z.

🇸🇪 Webrock, an investment company operated by a group of Swedish family offices, led a $3 million round and partnered with Doktor.se in order to launch a health company covering African countries.

They did a similar deal for Brazil a couple of months ago.

Did you find it useful? Have your colleagues and friends sign up too.

Nordic-focused curation of what's important in the region, with an emphasis on local and international investors activity, competitive analysis and early stage startups usually not covered by the mainstream media.

Published every Friday afternoon and emailed to the Nordic 9 customers - investors, founders and decision makers who have a keen interest in the Nordic region.